Showing posts from September, 2015
Show all

September 22, 2015
A favorite libertarian fairy tale concerns some guys on a desert island, one of who is so productive that he produces more than all the others combined. In my version, I speculate on how this could happen. The one guy may have happened to find a marvelously productive pool, teeming with fish, crabs and other food, while the others are forced to forage in the mean desert landscape. The question of the fairy tale is about the ethics of the others ganging up to tax Mr. Productivity. I won't bother with that nonsense, but I'm pretty sure that I know how primitive hunter gatherers would deal with it. They would ask him to share, and if he refused, conclude he was a psychopath and kill him. Of course things get more complicated in civilized society, so that option for dealing with the pool squatter's modern counterpart, Martin Shrkeli, is neither useful nor permissable. His squatter rights derive from laws that were intended to promote competition to provide generic drugs
Post a Comment
Read more 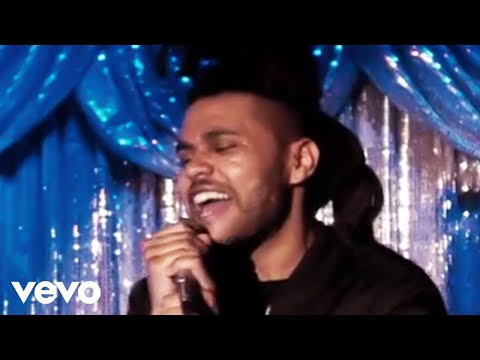 It's probably some kind of commentary on human nature that a fair number of great songs have been written about drugs. They range from cautionary tales like Ed Sheerin's The A-Team , to frank love songs like this classic Grace Slick/Jefferson Airplane performance at my 26th birthday party. A recent chart topper is The Weekend's paean to cocaine, I can't feel my face. I hate drugs, but I love the music.  I feel the same way about Wagner.
Post a Comment
Read more

September 17, 2015
It seems that our brains are not our only body parts with a clock. In fact they are ubiquitous at the cellular level. Evidently circadian rhythms developed pretty early in evolution and were strongly conserved. We know something about this partly from studies of caffeine . From Rachel E. Gross's story in Slate: Caffeine was already known to alter the circadian clock in red bread mold, green algae, fruit flies, and sea snails. But humans were liable to be a little different. For the first half of the study, published Wednesday in Science Translational Medicine, researchers at the University of Colorado–Boulder measured how caffeine influenced the circadian rhythms of five human caffeine consumers over 49 days. Perhaps you already expected that there would be an effect on humans, and if so, you weren't wrong. It also seems possible that the various clocks in the body might get out of sync after multi-time zone travel. The way caffeine works on cells in the body might be
Post a Comment
Read more

The climate of the Earth has exhibited both dramatic changes and implausible stability over the last several billion years. We have good reason to think that the Sun was a lot dimmer 4 billion years ago, but we had liquid water even then. We have had icy periods like the ice ages and relatively cool periods like today and much warmer periods too, but we have stayed in that liquid water, life supporting range. So what factors have controlled and varied that climate while keeping it in the habitable range? It's clear that there are several such factors, but in his 2009 Bjerknes Prize lecture to the American Geophysical Union (AGU) Richard Alley argued that the paleoclimate record overwhelmingly supports the notion that atmospheric CO2 is the big knob in that control system. He supports his argument with extensive data and logic. No one has yet figured out how to explain the climate of the planet without invoking the importance of the CO2 greenhouse. More recently, A Lacis, et.
Post a Comment
Read more

September 12, 2015
I know it's early, but I'm an old guy and you never know what the future will bring. For the same reason, I don't think there is much point in making resolutions for 2016, so I'll make some for a year that could make a difference in my life: 1959, my junior year of high school. (a)Leisure activities: stop reading all those crappy science fiction novels and concentrate on something important: chasing girls. (b)Sports: Don't play football again this year unless they let me have a glamour position like quarterback. Defensive lineman doesn't cut it. Basketball - continue basketball but shoot more and pass less. Work on my mid range jumper. Track - Do you know what girls are doing in the Spring? It's not watching track, especially field events like shotput, javelin, and discus. Lifeguard training might be good. (c)School activities: Science club - no, they can find a new VP; Chess club - puulleeeze!; Drama might be a good choice, lots of girls there. Sp
Post a Comment
Read more

The Way Things Seem To Us

September 10, 2015
From Wikipedia In philosophy, qualia (/ˈkwɑːliə/ or /ˈkweɪliə/; singular form: quale) are individual instances of subjective, conscious experience. The term "qualia" derives from the Latin neuter plural form (qualia) of the Latin adjective quālis (Latin pronunciation: [ˈkwaːlis]) meaning "of what sort" or "of what kind"). Examples of qualia include the pain of a headache, the taste of wine, or the perceived redness of an evening sky. Daniel Dennett (b. 1942), American philosopher and cognitive scientist, regards qualia as "an unfamiliar term for something that could not be more familiar to each of us: the ways things seem to us".[1] Erwin Schrödinger (1887–1961), the famous physicist, had this counter-materialist take: The sensation of color cannot be accounted for by the physicist's objective picture of light-waves. Could the physiologist account for it, if he had fuller knowledge than he has of the processes in the retina and the nervous
Post a Comment
Read more

September 07, 2015
After a down blip last month, the current El Niño has strengthened again and at 2.37 standard deviations is the third strongest on record, after the Super El Niños of 1983 and 1997, each of which topped 3.0 SD. We should have El Niño conditions continuing into (Northern Hemisphere) winter, at what level we shall have to see.
Post a Comment
Read more

September 07, 2015
I don't have any better ideas for solving the refugee problem than anybody else, but I think that it does reflect some fundamental aspects of human nature and the human condition. Borders are designed to keep others out, and they reflect conditions that existed long before nations or formal borders existed. The history of the human race is the history of cooperation in groups to compete against other groups, and that history has left us with instincts to help and instincts to exclude. Groups and cultures resist dilution and replacement with other cultures. Those without any power to resist vanished long ago. Many Europeans, quite understandably, fear that the flood of refugees from the Middle East and Africa will not only be a drain on their resources but disruptive to their culture. Other Europeans, moved by the human tragedy the refugees face, are eager to help. Most, I would guess, have both these feelings in varying degrees. Most of the refugees are fleeing war and civi
Post a Comment
Read more

The Law is a Blunt Instrument

September 07, 2015
Some Heritage Foundation guy* has an NYT op-ed today entitled: We Don't Need Kim Davis to be in Jail. KIM DAVIS, the clerk in Rowan County, Ky., went to jail last week, and there was no good reason for her to be there. Americans can expect more conflicts over religious conscience and same-sex marriage if we don’t find a way to coexist peacefully. Ms. Davis has become a symbol of what happens when we don’t. Some on the left say that you must do every aspect of your job, despite your beliefs, or resign. But this has never been the practice in the United States. We have a rich history of accommodating conscientious objectors in a variety of settings, including government employees. Do we really want to say that an otherwise competent employee must quit or go to jail if there is another alternative? Kim Davis isn't in jail for doing her job badly, she's in jail for defying the law. It's probably true that putting her in jail is a pretty crude way to ensure that peopl
Post a Comment
Read more

September 06, 2015
China and the US are the world's largest carbon dioxide producers. The 28 nations of the EU combined produce somewhat less than the US and a good deal more than India, the third place nation. China has at least promised to reduce carbon emissions, as has the US. India, despite it's rather small total emissions, is an interesting case since it has ambitious plans to double its coal production and because its plans for reducing emissions is even more committed to magical realism than the plans of the US and China. India and other developing countries argue somewhat reasonably that they should not have to bear the full price of cleaning up emissions since they played such a small role in creating the problem to date. They argue that they are consequently owed reparations. The history of reparations suggests that this is a poor strategy. Reparations are nearly invariably payed by losers to the winners, and that's pretty much regardless of any abstract notion of justice.
Post a Comment
Read more

September 04, 2015
It appears that a local news anchor in Arizona has drawn some criticism from the local yokels for pronouncing Spanish words in the way that they are usually pronounced in Spanish. PHOENIX — An Arizona news anchor defended her pronunciation of Spanish words during English broadcasts, saying she delivers them the way the language is intended to be spoken. In a broadcast on Monday, Vanessa Ruiz, who works for 12 News here, waded into the running debate over the use of Spanish that has divided Americans in different ways for years, and has been percolating on the campaign trail. Ms. Ruiz, who was raised in a bilingual household, said some viewers had questioned her way of pronouncing Spanish words. Sandra Kotzambasis, the station’s news director, said viewers were asking why Ms. Ruiz “rolled her Rs.” I lived in Arizona for eleven years in the sixties and seventies and can't remember any of this crap from those days. I blame it on a bunch of uneducated immigrants - immigrants fro
Post a Comment
Read more

Would You Want Marlow Stern in Your Corner?

September 03, 2015
Marlow Stern sets out to prove that Kim Kardashian is not a slut. Now his case could well have some merit, but I think he might lose a bit of the crowd with this line: First, it’s wrong to consider any woman who works in porn a “ho,” period. On the plus side he offers this endorsement: This is a woman, after all, who’s never been arrested or spoken ill of anyone publicly (which is kind of a miracle these days), has promoted body positivity for women, helped bring visibility to the LGBTQ community via Caitlyn Jenner, spoken out against racism and for gun control, and has tirelessly supported recognition of the Armenian Genocide. Well I know I'm impressed by anyone who has never spoken ill of anyone publicly, especially if they have as public a platform as Kardashian. She could be a saint.
Post a Comment
Read more

September 03, 2015
It seems that Kim Davis, the County clerk who refused to comply with the court's orders to issue marriage licenses to gay couples, will go to jail. Ted Cruz, Republican Presidential aspirant, has said that he stands with her. I can only hope that he will also sit with her in the clink. As an official of the US government he has sworn to uphold the laws of the country, but instead has chosen to openly defy them. So maybe he too is in contempt. It might be just the thing to revive his flagging campaign.
Post a Comment
Read more
More posts