The galaxy ESO 137-001, a barred spiral in the Norma Cluster (Abell 3627) is putting on an impressive light show as it barrels through the cluster at a few million miles per hour. The hot gas in the cluster is stripping the galaxy of its much cooler gas and leaving a bright blue trail stretching many times its diameter behind it. Although at least one publication dubbed this event a cosmic horror show, that might be an exaggeration. It's future capability to form stars will doubtless be compromised, but existing stars probably won't notice.

The bright blue trail is actually newborn stars created by the compression of the gas as it is swept out of the galaxies. These stars won't have a galaxy of their own, but belong instead to the cluster as a whole. Below is a Hubble + Chandra image. 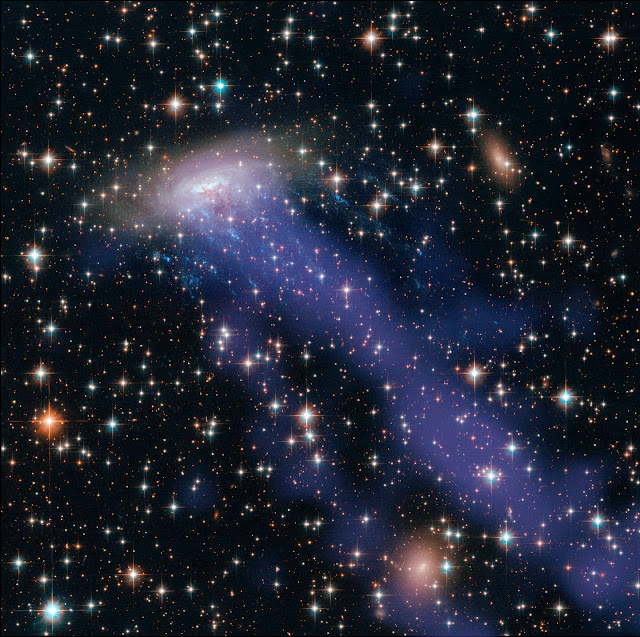