The snow in the north-west Arctic, that is. A big blast of warm air, a blow torch in Arctic parlance, is projected to ravage the snow cover in Alaska and north west Canada this week, and it won't stop at the ocean front, which should also get a good dose of melting. So far this year has been a bad year for the Arctic ice, but, as always, weather will have the final say. Prospects for a record melt look good (or bad, if you happen to be a polar bear), though. 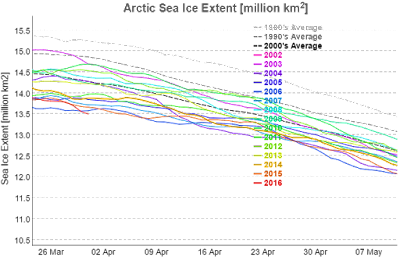 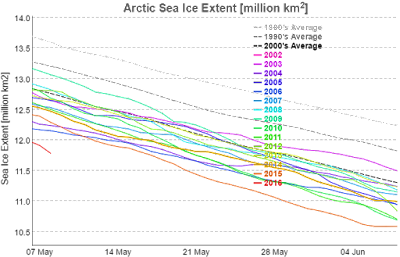